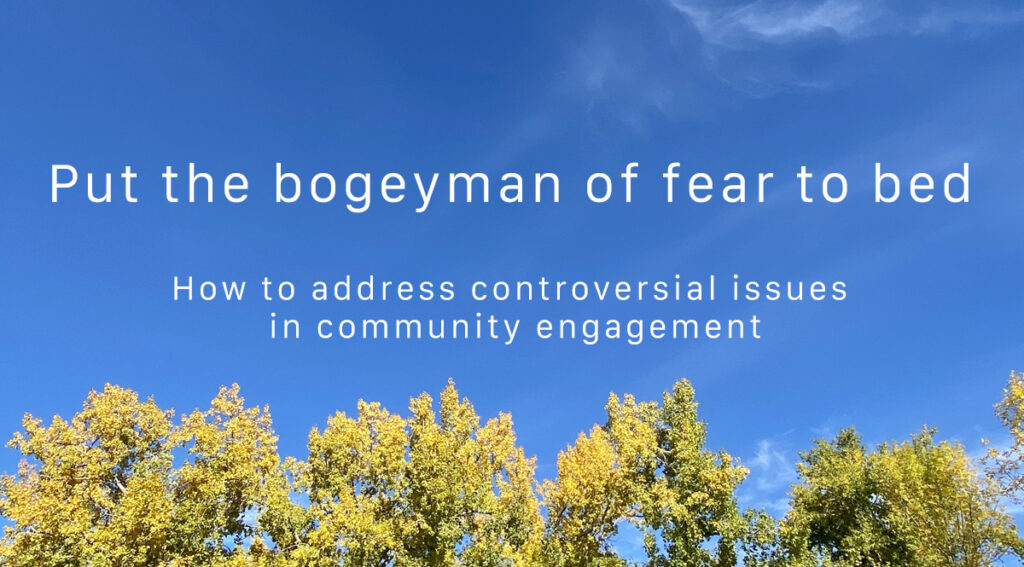 In 2013, we began working on a project called the Line 3 Replacement Program.  The aging “mixed service” pipeline was facing integrity issues and would eventually become too hazardous to transport a variety of crude oils. Replacing more than 1,070 km of pipe from Hardisty, Alberta to Gretna, Manitoba, on the Canadian side, and then on to 542 km on the American side, was Enbridge’s largest project in their 70-year history.

As members of the Enbridge Stakeholder Relations group, my team led the public consultation portfolio (for the Canadian portion of the project). We provided strategic counsel, corporate communications, and stakeholder engagement support for the development and implementation of the wide-ranging Participant Involvement Program (PIP) that included more than 2,800 stakeholders, and 82 municipalities.

During our initial engagement activities, we heard that landowners were concerned with Enbridge’s plan to decommission the original Line 3 pipeline, which had been in operation since 1968. The company’s plan was to clean the pipe and leave it in ground. Environmental and engineering studies showed this was the safest and least disruptive approach.

“Take your junk out of my backyard!” Stakeholders showed up in groups with the goal of disrupting or taking over the event. Landowners told us they worried their great grandson would drive a tractor over the old pipeline and be swallowed by a sinkhole. This was followed by a series of questions: What will you do if this happens? What happens to my land if the pipe collapses? Who is responsible for the damage? We would hear the same story and questions over and over again from different members of different communities. Their fear was real. Some joined a landowner’s association to fight the project. The catastrophizing stories became a key controversial issue.

So how did we address this issue to move the project forward to approval? And how did we foster trust in communities consumed by fear?

It is guaranteed there will be opposition to most projects or proposals. Sometimes it is one individual, sometimes a group of individuals, or the whole community. Here are a few steps for how to prepare for and address a controversial issue.

Honesty, transparency, and integrity. This is a proactive step that must be taken at the beginning of the project before you write the engagement plan, develop the strategy, and begin engagement. Values are extremely important and must be at the core of everything you do. To cultivate trust and nurture a relationship with the community, the project team must adopt honesty, transparency, and integrity as their mantra. It is impossible to have genuine, meaningful engagement without this. You are judged on how you and your project team conduct themselves in the community.

In this project, we ensured the team saw the importance and benefit to these values. Every member of the team embraced this as their core, and it shone through every conversation and interaction with community members. We lobbied hard with senior management to ensure we could go to the community with the information and evidence we needed to prove that commitment and transparency.

Community members felt comfortable talking with project team members and began to see us as people who were trying their best to develop a project that worked for the community, the environment, and the company.

Listen for understanding. This might sound simple, but I have watched many smart people fail at the basic principle of active listening. The most common mistake is believing engagement is a debate with the goal of being “right”. This is the wrong mentality. Do not think for a moment that listening means arguing your best points in hopes that the stakeholders will automatically stand down and be grateful to you for showing them the RIGHT PATH. That will not happen. If the stakeholder does not feel heard they will double down on their beliefs and concerns which will result in conflict and distrust.

We took the time to really listen. To be curious. This allowed us to ask questions and understand their concerns. With understanding comes empathy and when people (especially angry people) see that you genuinely care about their concerns, they feel heard. This is a crucial step to building trust and dialogue.

Many project team members are typically afraid to show empathy or understanding as they always associate it with agreement, or even corporate culpability. They are nervous that they might give the false impression of agreement. Understanding a different perspective does not mean you agree with it. It just shows that you respect their reality.

Shine a light on the bogeyman. When I was little, sometimes I would wake up in the night and see a strange shadow on the wall. I would scream “mommy, the bogeyman is here!” She would run into my bedroom and turn on the lights. The second she turned on the lights I would realize that the shadow was of my stuffed teddy bear, not the bogeyman. With a simple flick of the light switch I could clearly see what was causing the shadow on the wall. This same concept works for addressing the proverbial bogeyman in your project. You need to shine a light on fear so everyone can see it for what it truly is.

When we were talking to landowners it was clear that they believed their own story of the potential demise or harm of their future generations. The “bogeyman” of a giant rusting empty pipe ready to collapse and harm their loved ones was a reasonable fear. After all, that pipe had been hidden in the ground for decades! Was it as big as a tractor? Would it be left full of explosive gases?

To counter their fears, we respectfully listened to their stories to get to the heart of the fears. The people who lived and worked on the land wanted to be safe, for their land to be protected from harm, and for their children’s children to be safe too. Their livelihoods depended on their land. And they did not trust that Enbridge would be accountable for any future consequences.

With this insight we asked the project team these questions:

At first no one on the project team could give us a straight answer. We made researching evidence-based answers our priority. The project team reached out to other experts, performed desktop modelling, and extracted a small piece of the Line 3 pipe to examine its integrity and condition.

After extensive research and analysis, the team had answers to all the questions. It was extremely unlikely for the pipe to collapse. However, in the event a collapse was to occur, the ground would crater slowly by approximately 5 inches (the length of a pen). This meant no large sinkhole would – only a shallow depression that would not swallow a vehicle or a person. Once we had our answers, we re-engaged with all the communities.

We used every possible communication tool available. We developed key messages to help project team members talk about the issues at engagement events. We created visual diagrams and images to help stakeholders understand the answers. We made presentations to town counsellors to give them the agency to have these conversations with their constituents. We wrote newsletters that summarized the top questions and issues we heard during our initial engagement and laid out all the responses with illustrations. We put the piece of Line 3 pipeline on the back of a truck and drove it to different communities to show people what the pipe looked like and the size of it. We also took the extra step to write a letter addressed to every landowner telling them:

“Enbridge is responsible for its pipelines forever – whether they are in operation or decommissioned and that Enbridge will be responsible for addressing potential issues that may arise from the decommissioned pipeline.” Dave Lawson, Enbridge, Project Manager and Vice President of Major Projects Execution Pipelines Inc.

We took this extraordinary step because we wanted to show landowners that Enbridge is a responsible company that would be accountable into perpetuity and was willing to put it in writing – a contractual agreement. That was the most powerful tool.

In the end, we didn’t just shine a light on the bogeyman. Our collaborative dialogue with the community brought their fears and concerns out into the open and helped put them to bed.

All these efforts led to trust, dialogue, and support from the communities. The Line 3 Replacement Program was approved in November 2016 and will be in operation on October 1, 2021.